Get to Know One of Our Directors, Dr. Anthony R. Mascia 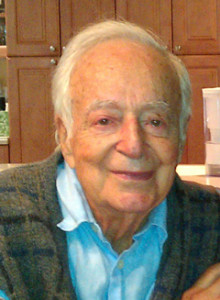 Anthony Robert Mascia, MD, always had an interest in medicine and a desire to help others. He was born in 1915, at home on Willow Street in Port Chester, NY, where his father owned a pharmacy on Main Street. By the time World War II intervened, he was enrolled in the Long Island College of Medicine, from which he graduated in 1942. Mascia enlisted in the Army, completed his schooling and his rotating internship at SUNY Downstate in Brooklyn, basic training at the Carlisle Barracks in Pennsylvania, and further medical training at Camp Grant in (1944). He was promoted to captain and sent as Commanding Officer with the 252nd medical detachment to France after the D-Day invasion of Normandy, in August of 1944. Mascia was stationed in Cherbourg, Deauville, Liseux France and Brussels, Belgium, where he not only provided care for U.S. troops but also for locals in the community.

He proudly recalls caring for an infant with pneumonia in Normandy and the abbess of the Convent there. “We weren’t supposed to give them penicillin, but we did it anyway, because it was the right thing to do.”

After the war, he returned home to Port Chester, NY, where he set up a general practice. Soon after, Mascia received an invitation to serve as the physician for a local school district. He was offered a job as a clinical physician for the New York Department of Health in 1972. There his duties included surveying nursing homes and hospitals for certification and re-certification. He continued to administer immunizations to civil service employees when he was long past retirement age and didn’t start collecting Social Security until age 82.

Mascia said he sees lots of problems in health care today, particularly the emphasis on money. He said he’s disheartened by the hoops doctors have to jump through just to treat patients. “The whole picture is just so pathetic that it’s sickening,” Mascia said. “That’s where society should be ashamed of itself. It doesn’t seem right that science can be so advanced and social health can be so poor around the world.” Mascia’s advice to those who share his feelings? Never give up. “If you’ve got any life left, don’t give in,” he said. “Don’t let it go unused. If you have talents to use, practice and don’t just preach. Do things, as opposed to just talking about them.”